The 2018 iPad Pro is a simply gorgeous tablet, albeit an expensive one, which once again puts Apple back on the best tablet throne. With more power and a better display than many high-end laptops, have Apple finally produced a tablet worthy of replacing your laptop? 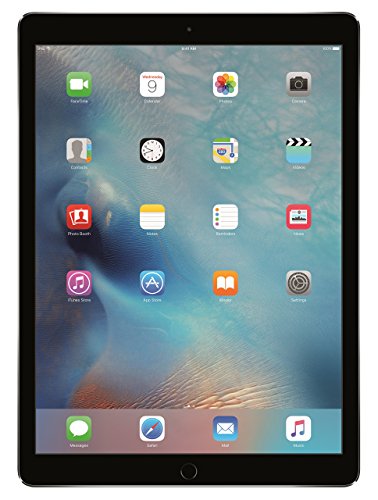 Check it on Amazon

The Biggest Design Change Since the Original iPad

Gone are the sleek curved edges of the previous iterations of iPads, to be replaced with harsh edges, more similar to the iPhone 5 design. A flat back is easier to hold, with the rounded corners of the display taken from the latest iPhone X models.

This tablet means business and continues to use a mixture of aluminum and glass construction, which is intricately put together. Everything from the ports of the four speakers to the USB-C port has been expertly machined and finished in a slick Space Gray and Silver.

The flat edges also allow for the new Apple Pencil 2 to be connected magnetically to the side of the iPad, for storage and charging. Other improvements to the Pencil include a flat edge to avoid it rolling off your desk, and a matte finish, which makes it easier to grip or use for longer periods.

Perhaps the other most notable design change is the adoption of USB-C technology. Yes, that’s right, Apple have finally killed off the Lightning port on an iOS device. Your existing cables and accessories may not work anymore, but USB-C’s versatility makes it worth the swap.

Firstly, you can use the same USB-C cables and power adapters that came with your other laptops, for a faster charge. With a USB-C to Lightning cable, you can even charge your iPhone with the iPad, using the new USB-PD (power delivery) at 7.5 watts. All this means less bulky power blocks and leads to carry when traveling.

USB-C can also be used to hook up an external display (up to 5K) and accessories, like a DSLR camera, for a speedy data exchange. Unfortunately, it can’t use the USB-C for external storage devices like a hard drive or USB flash drive yet. Hopefully, iOS 13 will add support for external storage, with a Finder or File system to read the data.

The Liquid Retina display used in this iPad is, without doubt, Apple’s best ever in a mobile device yet. A resolution of 2,732 by 2,048 pixels is beyond sharp and can be viewed from all angles. The colors are rich, it’s really bright and features True Tone color adjustment and ProMotion technology, for super quick 120Hz screen refresh rates.

An “edge-to-edge” display with much thinner bezels, roughly half an inch, hides the 7MP TrueDepth front camera used for Face ID. Surprisingly, you can use the Face ID with the tablet in any orientation and it’s much more suited to a larger tablet than the previous Touch ID home buttons.

Hidden behind the display, four speakers put a woofer and tweeter in every corner of the iPad. A really loud sound is impressively full and offers a quality stereo separation, whichever way you hold the tablet.

Of course, you can get tablets with quality screens and High definition audio systems at much lower prices if you want a tablet for watching movies. Buying an iPad Pro just to watch movies, though, would be like buying a Porsche to only drive at 35 MPH. It’s all about the power, and that’s what you are paying for here.

The new A12X Bionic chip features an 8-core CPU with a 7-core GPU, with all eight of the CPU cores able to come to life simultaneously if needed. In benchmark tests, it outperforms all but the latest Intel six-core laptop processors. Apple claims this iPad processor is more powerful than 92 percent of all portable PCs sold in the last year.

Even more noticeable is the little effect this power has on the battery life. The new iPad Pro still has the same 10 hours of stated battery life as last years model. If used sparingly, you could probably go two or three days without charging this iPad.

What Does the iPad Pro Do?

For 3D games, like Fortnite or Asphalt 9, the iPad Pro can run at “high” graphics settings of 30fps with no frame rate issues, often better than a MacBook Pro with discrete graphics. However, you could buy a standard iPad, which does a pretty decent job of gaming, and an Xbox One-S, for less than the price of this iPad Pro.

If you’re buying the ultimate creativity tool, you are going to need the powerful apps too. Although iMovie is a fine package, there is no professional tool like Final Pro Cut available yet on iOS. Mobile Photoshop doesn’t have the same features as its big brother, although Adobe is planning on bringing a full Photoshop CC to iOS in 2019.

Therein lies the problem. Although a very good keyboard folio, which is sold separately, offers laptop functionality, the iOS used doesn’t. There’s no proper file system, no facility for external storage and many software packages are just not available for the iPad.

There’s a lot to like about the new 2018 iPad Pro: a gorgeous design with a stunning display, and power that is unmatched in a tablet. The cameras are better than many other tablets and the Wi-Fi/Gigabit LTE is also faster than its rivals.

However, it is expensive, with the keyboard and Pencil also costly extra and, I would say compulsory, purchases. The new design means previous generations of keyboards/Pencils don’t work with this iPad.

For the iPad Pro to fully realize its potential, iOS needs to grow up. Fewer limitations, more compatibility with professional apps and allowing external file storage would be a start. You can get productive with this tablet, but it takes a lot more effort than a laptop.

If you can afford it and know the limitations of iOS you are getting into, the iPad Pro is certainly an exceptional device which will impress. However, it’s not a laptop replacement… yet!