Toshiba has been in the tablet market for some time. The Thrive line of tablets represented the company’s earlier efforts. They were followed by the Excite line, and then by the Encore range. (Their Portege brand is for laptops with detachable tablet-Esque screens).

Toshiba was the first to bring a 13-inch tablet to the market.

A large device with features to rival Microsoft’s Surface range. Bundled with a Wacom stylus it will allow 2048 levels of pressure sensitivity, making it ideal for note-taking on the go. 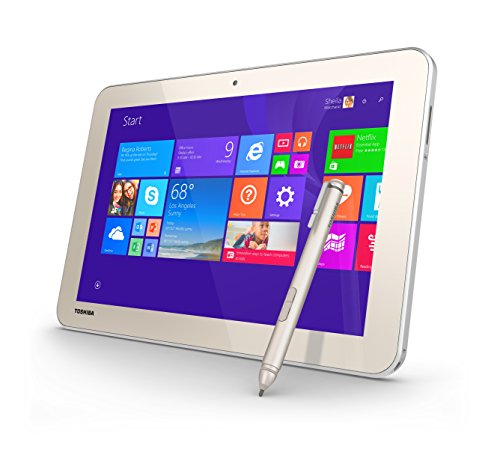 The Encore 2 Write was light, comfy, had good battery life, and was considered a top entry-level Windows device. The focus was on note-taking, with thoughtful apps and an amazing stylus. Students and geeks both loved it. 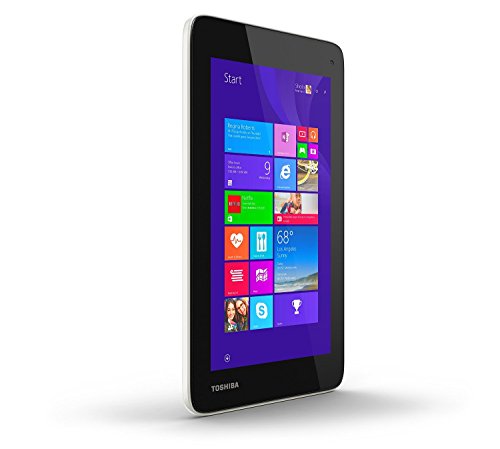 Late in 2014, Toshiba tried their hand at making a low-cost Windows tablet. The Encore Mini wasn’t light, had large bezels, not much storage, and poor resolution. It was roundly trashed by experts and unwitting customers.

While many manufacturers are offering what amounts to one tablet in two sizes, Toshiba has opted to provide a full product line with the launch of the Excite Pure, Pro, and Write.

The entry-level tablet is the Excite Pure, which features a good-not-great 1280-by-800 pixel display and quad-core Tegra 3 processor. It can’t compete with the more expensive tablets on the market, but the Pure is a solid budget tablet nonetheless.

The Excite Pro sees an upgrade to a high-end 2,560-by-1,600 display and a recently developed Tegra 4 quad-core ARM Cortex A15 chip. It delivers excellent performance and a premium display, but unfortunately, the Excite Pro is somewhat derailed by bugs and other performance issues.

The Excite Write is nearly identical to the Pro, though it does offer stylus support in the form of the included TruPen. This feature works well enough, but it isn’t handled as well as the Samsung Galaxy Note 10.1.

Holding the middle ground between the Thrive line and the Excite line is the Excite 10LE. Despite the naming convention, the 10LE’s release occurred before that of the main Excite line of Toshiba tablets. At launch, the 10LE was hailed as the world’s thinnest tablet at 0.3-inches thick.

A slightly faster dual-core processor than the Thrive and the slim look of the tablet set it apart from the earlier Thrive line and set the bar for the forthcoming Excite line of tablets. 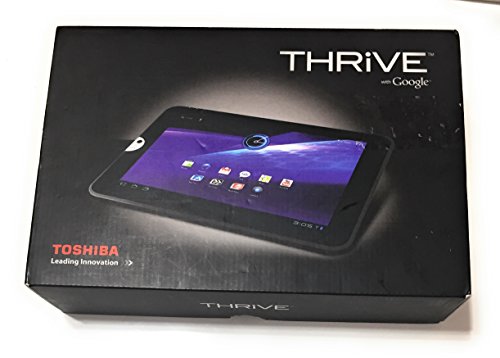 Toshiba released its first Thrive tablet in 2011. It was the first of several models in the Thrive line. The original 10-inch tablets came with 1GB of RAM, a dual-core Nvidia Tegra 2 processor and loaded with Android 3 aka Honeycomb as an operating system. Later versions included a 7-inch screen and updates to Android 4, Ice Cream Sandwich. 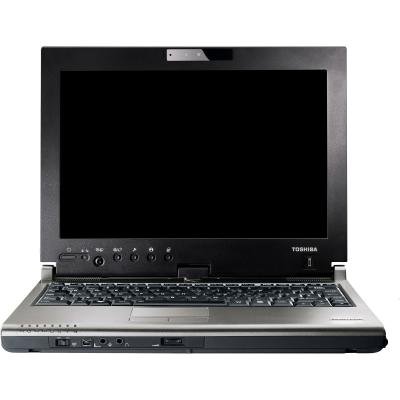 A special mention must be made of Toshiba’s Portege line of ultra-thin laptops. The reason the Portege bears mentioning is the most recent versions of the MXXX (M750, M780) line are considered a convertible tablet. This is because of a touch screen that can be flipped and twisted into landscape mode.