Despite its reputation for producing high-quality devices, Sony’s three previous attempts at an Android tablet were less than impressive. Rather than standing out from the crowd, the Tablet S, Tablet P and Xperia Tablet S delivered a modest tablet experience in a fairly average package.

Sony hopes to change all that in one fell swoop with the new Sony Xperia Z, and it largely succeeds. 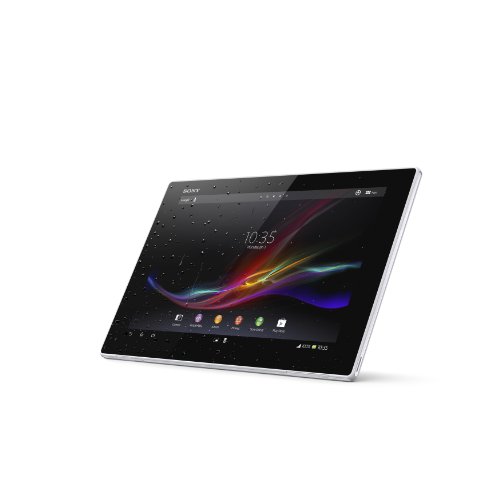 As the name would suggest, the Xperia Tablet Z is based on a similar design as the highly regarded Xperia Z phone. Perhaps the most notable deviation is a matte back in lieu of the phone’s glass finish, which makes for a pleasantly grippable surface.

Measuring in at 10.5-by-6.8-by-0.27 inches, the first thing you’ll notice is the razor-thin profile and very light weight. A tablet comparison with the Google Nexus 10 and Samsung Galaxy Note 10.1, both of which weigh in around 600 grams, reveals the Xperia Tablet Z to be very comfortable and feather-light.

Taking a trip around the Xperia, the top edge is mostly empty. There’s a small microphone and an IR blaster, but no buttons or ports. The right edge is similarly barren, save a speaker near the bottom.

Compared to tablets with recessed buttons, the protruding buttons on the Xperia are a bit less comfortable.

At 10.1 inches and a 1920-by-1200 resolution, the Xperia Tablet Z cranks out about 224 pixels per inch. It doesn’t quite compare to tablets with ultra-high resolutions like the Nexus 10, but it far outpaces Samsung’s Galaxy Note 10.1.

Regardless of the pixel density, the Xperia’s panel simply looks good. Viewing angles are impressive for a tablet, and colors are bright and vibrant. The panel also features very good black levels, ensuring that blacks stay black except on the highest brightness settings.

At first glance, the Xperia sure looks a bit dated. Its 1.5-gigahertz Qualcomm Snapdragon ARM processor, mated with two gigabytes of RAM, is far from the most impressive piece of technology in a tablet.

It delivers solid performance, however, and it handles most tasks with relative ease. In terms of battery life, the Xperia isn’t much more than average. Its 6,000 milliamp-hour battery is a sacrifice to keep the profile thin, but the results are still decent.

The Sony Xperia Tablet Z is a fine device. Compared to tablets like the Nexus 10 and Galaxy Note 10.1, the comfortable, ultra-light design and excellent build quality make the Xperia very appealing.

While it lacks the sheer pixel density of the Nexus, the display is more than adequate and it easily outshines the Galaxy 10.1. Performance is relatively similar between all three, with the Nexus and Xperia again slightly outpacing the Galaxy.

All things considered, the exceptionally light and comfortable design of the Sony Xperia Tablet Z is probably its biggest advantage.