At a time when most Android manufacturers seem to have given up on tablets, Huawei has this year introduced the new MediaPad M5. Available in two models with a 10-inch or 8.4-inch display, we take a look at the less expensive 8.4-inch model below.

Despite being named the “Best Android Tablet of 2018” at a recent convention, have Huawei done enough with this tablet for it to be considered an iPad killer?

Design wise, the Huawei MediaPad M5 doesn’t really bring much new to the table. At this 8.4-inch size, it looks a lot like the iPad Mini but with a longer screen.

Featuring an anodized aluminum back, it weighs less than 0.7 pounds and has a similar slim body to the Apple or Samsung offerings at this price.

At the base is the USB-C port for charging the battery or connecting headphones with the included USB-C to 3.5mm audio jack adapter.

Yes, that’s right, like it’s bigger brother, this MediaPad doesn’t include a standard headphone jack—a strange choice for something branded as a media tablet.

Around the front of the tablet is where the big difference comes, with what Huawei refers to as a “2.5D glass.”

Basically, it’s a curved glass covering the display, which bends around the sides of the tablet, similar to many high-end phones. This provides a stunning edge-to-edge display, with no visible air gap, and also makes the tablet easier to hold.

That stunning display we just mentioned, is, without doubt, the best feature of this device. A sharp 2K LCD panel with IPS technology offers wider viewing angles, nice colors and a good level of contrast and brightness for viewing indoors.

However, when viewed in direct sunlight the display turns into a mirror—AMOLED would have been nicer, but is rare on tablets in this price range.

As the MediaPad name suggests, this has been designed for viewing HD content, with stereo speakers earning extra media bonus points.

Tuned by leading Hi-Fi manufacturer, Harman/Kardon, the speakers deliver a louder sound with less distortion and nice bass range. They also support Hi-Res Audio, a new industry standard for quality sound, to balance the treble and bass for a more immersive listening experience.

The only issue we have with the display comes when browsing the web or viewing apps, like Mail or documents. A squat 4:3 ratio-aspect of other tablets would be more suitable, with many apps looking “stretched” on the wider 16:10 screen.

The Huawei MediaPad ships with a HiSilicon Kirin 960 chipset which features four powerful 2.4GHz cores alongside four efficient 1.8GHz cores. In plain English, it’s no slow coach, with the same chipset found in top end Huawei phones like the Mate 9.

A dedicated graphics coprocessor, along with the octa-core main processor, provides an impressive and smooth gaming performance.

A fingerprint sensor below the display is just as quick, and switching between apps is instant. Surfing the web with Chrome is fast and stutter-free, with other apps, like Adobe Lightroom or YouTube, running smoothly too—even when in split screen.

You might expect that performance to come at the cost of battery life, but Huawei has managed to squeeze a reasonable 5100mAh battery in. With lighter tasks, like watching a 720p video at a 50 percent brightness, you could easily expect an impressive 15-hour life.

Three hours of PUBG may take about 51 percent off the battery life, but we’d happily accept six hours of gaming on the go from a single charge. A fast charge facility of 1.9 hours for 100 percent charge means you’ll soon be gaming again.

The software on Huawei tablets is often seen as both a strength and a weakness. This latest MediaPad runs Android 8.0 Oreo, making it one of the most up-to-date Android tablets you can currently buy. On top of this, it also runs Huawei’s Emotion User Interface or EMUI—this can be where problems start to arise.

EMUI is very similar in feel to Android but features a different apps menu design, custom icons, and a different notification tray. If you have previously owned a Huawei device, you will feel right at home, but it can be confusing for newbies.

There is a lot of customization though, and you can put the apps menu back in place for a more traditional Android setup.

A Children’s Corner app makes clever use of the fingerprint sensor, to lock them out of a world of often gory, and in-app purchase-loaded, games. Additional bloatware which is installed is our main beef with this User Interface, including many outdated Gameloft games. Thankfully, most of the extras can be uninstalled, while others can be disabled.

The MediaPad M5 8.4 isn’t a revolutionary tablet that will have you throwing your iPad, laptop or TV in the bin. For productivity, it lacks the support of an S-Pen or stylus which is pretty standard on most tablets now, even at this price range. T

he EMUI interface can be a restriction to which apps you use, and not too many apps are designed for use on a 16:10 screen.

However, the MediaPad is a great tablet for gaming and watching HD content. A recent software update means you can now stream in HD, from services like Netflix or Amazon Prime.

If you don’t really fancy the idea of an Apple iPad Mini, the MediaPad is a less expensive alternative. For gaming and watching movies on the go, you will struggle to find anything with a better screen and audio at this price point. 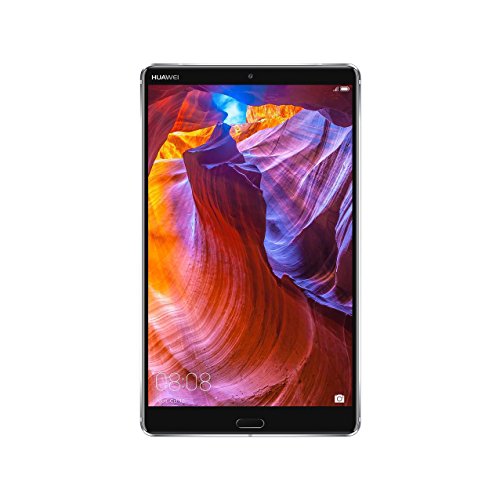