Apple has always been the top dog running the yard when it comes to their tech, and in the case of the iPad Mini 2019, they continued to maintain that kind of hold over the market.

Shopping around for a similarly sized tablet, you may find options in the Android market, but none of those will actually step up to bat and compete.

Boasting a good amount of specs for all of the tech aficionados, the iPad mini is an improvement from previous iterations.

Take a look below: 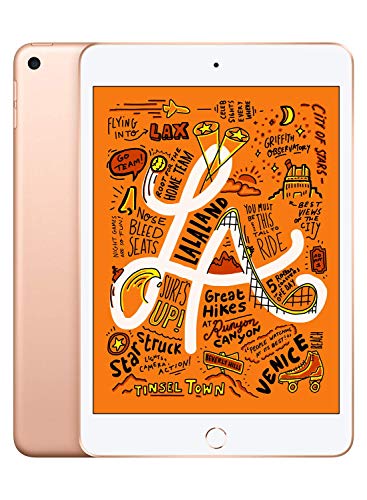 The Nitty Gritty: The Good, The Bad, And The Ugly

The iPad mini came about due to the loyal fanbase of Apple continuing to buy the little tablets despite the improvements and updates to its counterparts.

It was found that people really just like the size of the thing, which is small for a tablet these days.

In an era where a smartphone is the size of a regular mini tablet, the iPad Minifound its niche and refused to let go. No matter the concerns of it being phased out of the limelight and into obscurity by the bigger phones and iPads stepping up to replace laptops, it stayed a crowd favorite, and it’s not difficult to see why.

Due to the consistent stream of people still buying the Mini, Apple decided to upgrade and bring it up to speed for a modern age. The improvements are for the most part, on the inside.

The upgrade has pretty much put the Mini on the map as a smaller iPad Air, since they both share the same specs, more or less.

And if it’s as powerful as the bigger tablet, but with a smaller size, that means that it had no choice but to dominate the small tablet market.

Android tablets are usually reported to be slower, in addition to not having the same variety of quality apps, while the Windows team has the Surface Go being the only tablet that could really compete…

But, it’s considerably bigger than the Mini, so it’s like comparing the college star football player to the junior varsity player. Playing the same game, one is bigger and built differently from the other.

For example, Apple really made a head-scratcher of a decision when it came to the usage of the first-gen Apple Pen. I couldn’t tell you why they went with that over the more current second-gen pen which could magnetically snap to the tablet and charge wirelessly, but it isn’t too much of a detractor from the overall experience.

Just a bit odd, that’s all.

Another weird design choice is the outdated look of the tablet itself. The updated hardware leaves the exterior somewhere in the past, and it’s something that’ll throw you off at first.

Unlike the rest of Apple’s products, which took steps in moving towards the all screen look, the Mini still has the same beveled look as the older tablets do. Think a 2015 iPad Mini, then pick up your new Mini, have someone switch them around while your eyes are closed, then try to guess which one is which off of the looks alone.

And instead of the USB-C port like the other current models, Apple went with the lightning connector, just so that they could maintain their pro ecosystem.

There’s still the old-school home button in lieu of face ID, two speakers on the bottom, however, Apple blessed it with a headphone jack!

So what’s new if everything, for the most part, is old?

A new A12 processor, updated 7.9-inch display, Gigabit LTE, dual-sim support for the cellular models, and a new 7- megapixel front-facing camera with the f/2.2 lens.

The iPad Mini is without a doubt the best small tablet on the market. With the improved internal hardware making the usage of the tablet smoother than butter, it’s a no brainer to go with this one if you’re in the market for a small tablet. The dated aesthetics aren’t enough to knock it down and out of the competition, and for $399, your money would be well spent.