The waterproof Xperia Z3 was another leap forward in the Sony tablet range. Since their first effort, the Sony Tablet S, they’ve been improving their design model by model, fixing the major flaws of the previous iteration.

The main problem with the Z3 was the underwhelming screen, and Sony have gone all-out to fix it this time. The Xperia Z4 is an experience. Let’s take a look under the hood. 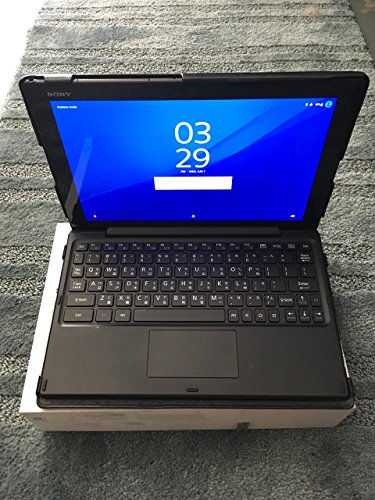 At 6.57-by-10-by-0.24 inches, the 0.86-pound Xperia Z4 is both sleek and solid. Sony has put a lot of thought into this design and it shows. The screen is made from durable tempered glass and the frame is as smooth as an android’s booty.

Getting the tablet this perfectly balanced is a feat of engineering – you can hold it in one hand like holding a piece of paper.

A standout feature of the Xperia line has been its waterproofing (where all connections and ports are sealed underneath snug-fitting covers). The Z4 is no different – it has the highest dustproofing and waterproofing rating of any mobile device (Ingress Protection 68 and IP65).

Got jam on it? As they say in their adverts – just rinse it off! Sony claim it’s waterproof up to 1.5 meters.

The Z3’s display was okay, but suffered in comparison with rivals from Apple and Samsung. Sony have pulled out all the stops this time – the screen is now gorgeous – exceeds all expectations.

It runs at 2560x1600 over 10.1 inches of screen – but more impressive than the bare specs is how dreamily attractive the thing is. Watching an HD video on it is a treat – pure eye candy.

The internal specs are top notch – a 64bit Qualcomm Snapdragon 810 processor clocking in at 2 GHz; 3GB Ram; up to 17 hours of battery life (though with the screen brightness maxed out you get considerably less); built-in noise-canceling technology; and with the international version you can insert a Nano-SIM and use it as a large phablet on the 4G network.

The rear camera is 8.1MP, more than enough for most people, and the micro-SD slot allows up to 128GB of extra storage.

The recommended Bluetooth keyboard is a love-it or hate-it experience. I was on the ‘hate-it’ side – it felt cramped and flimsy, out of keeping with the tablet itself. A shame, but it doesn’t detract from the Xperia Z4‘s all-round amazingness. Sony have created a thing of beauty with great specs.

The price will put some people off, but this kind of quality doesn’t come cheap. Buyer’s remorse is all but unheard of from people who have bought this sumptuous little device.