If there wasn’t a Samsung tablet for everyone on the market before, there almost certainly is now. The newest iteration of the venerable Galaxy Tab line comes in three form factors, putting to rest the idea that Samsung would slow down on producing new tablets at a torrid pace.

As with previous Galaxy Tab models, these slates are clearly targeted at more budget-minded consumers. As such, the three devices feature similarly low-end hardware.

The specifications aren’t likely to appeal to power users, but they should suffice for casual tablet users and the hardware largely falls in line with competitors at similar price points. 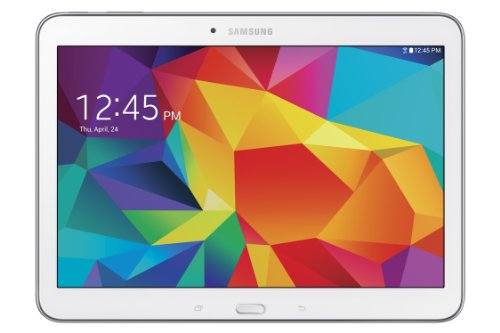 As with its larger siblings, the 7-inch Galaxy Tab 4 retains a similar style and build quality compared to its Galaxy Tab 3 counterpart. The body still feels very much like plastic, though it’s still comfortable to hold since it’s considerably smaller, thinner and lighter than the previous version.

Its 1,280-by-800 pixel WXGA TFT display is about what you’d expect given the price, although the lack of an AMOLED screen is somewhat disappointing. Still, the panel does make for an upgrade over the Tab 3’s subpar 1,024-by-600 display.

The Tab 4 has a similarly narrow aspect ratio, which is less than ideal for web surfing but well-suited to displaying movies and video games. The 7-inch tablet also comes with a 3-megapixel rear shooter, which is slightly improved over the previous 2-megapixel camera.

Along with the improved display, the Galaxy Tab 4 7.0’s hardware also sees a modest upgrade. A quad-core 1.2-gigahertz processor offers better performance than the Tab 3’s dual-core chip, and it’s joined by 1.5 gigabytes of RAM.

The extra 500 megabytes is a small change, but it’s a step in the right direction compared to the Tab 3’s memory bottleneck. The storage situation has not improved much, however, with Samsung again offering just eight gigabytes of on-board storage. Fortunately, there’s a microSD card slot available to expand the storage by up to 64 gigabytes.

This also represents a small upgrade compared to the previous maximum capacity of 32 gigabytes. Because of its diminutive size, the 7-inch Tab is fitted with a 4,000 mAh battery, which is smaller than its larger siblings but still a significant upgrade over the older model.

The Galaxy Tab 3 line was the first to offer the popular 8-inch form factor, and it fared reasonably well. There aren’t many changes this time around, which isn’t entirely a bad thing. As with the Tab 4 7.0, the 8-inch Galaxy maintains a decidedly plastic body similar to its predecessor.

It’s a stylish design aesthetically, but it’s not likely to be confused for a premium device. The slate is actually slightly larger, thicker and heavier than the 8-inch Tab 3, though the difference is negligible. The 1,280-by-800 panel is similar to the displays found in both the Tab 4 7.0 and the previous Tab 3 8.0, though again an AMOLED display would have been nice.

On the hardware end, the 8-inch Tab packs the same specs as the other Galaxy Tab 4 slates. It’s powered by a quad-core 1.2-gigahertz Snapdragon 400 processor and 1.5 gigabytes of RAM, which isn’t substantially different from the 1.5-gigahertz dual-core chip used in its Tab 3 counterpart.

The Galaxy provides 16 gigabytes of on-board storage, though again this can be upgraded via a microSD card. One area in which Samsung actually decided to downgrade is the rear-facing camera. While the previous 8-inch Tab featured a 5-megapixel rear shooter, the Galaxy Tab 4 employs a 3-megapixel camera.

Tablets aren’t particularly well-suited for photography anyway, but the move may be disappointing for some. The Tab 4 8.0 utilizes the same 4,450 mAh battery found in the previous model.

The largest of the new Galaxy Tab 4 line sees perhaps the fewest physical changes, as the new 10.1-inch Tab is almost identical in size to its predecessor. Aside from a millimeter here or there, the biggest change in the slate’s design is the shaving off of nearly an ounce of weight.

It’s a small but noticeable difference for a form factor in which excess weight can render a tablet difficult to use for an extended period of time. The same sharp aesthetic design is carried over here and, as with the smaller Galaxy Tab 4 slates, the 10.1-inch is available in either black or white. One disappointing note is the return of the 1,280-by-800 pixel display.

It suits the smaller 7-inch and 8-inch form factors well enough, but there simply aren’t enough pixels to go around on the bigger 10.1-inch screen.

The Galaxy Tab 4 10.1 is similar to its smaller siblings under the hood, with a 1.2-gigahertz quad-core chip, Adreno 305 graphics processor and 1.5 gigabytes of RAM. It’s not a huge upgrade over the previous model’s 1.6-gigahertz dual-core Intel Atom processor, but this hardware is sufficient for most basic tasks thanks to the substandard display resolution.

As the largest tablet in the family, the 10.1 does get a boost to its battery size. The larger body has allowed Samsung to fit the Tab with a 6,800 mAh battery for improved longevity.

As is the case with the smaller models, the Galaxy Tab 4 10.1 runs a slightly modified Android 4.4.2 KitKat and features Multi Window multitasking functionality, Group Play, WatchON, Samsung Link and other Samsung-exclusive apps.