There has been no shortage of tablets hailed as the next “iPad alternative,” but few have managed to chip into Apple’s hold on the market.

With Nokia’s new N1 tablet, the first device released after selling their mobile device division to Microsoft, the Finnish manufacturer clearly hopes to separate itself from the crowd of iPad Mini imitators. The price is right, but how does the N1 fare in a tablet comparison? 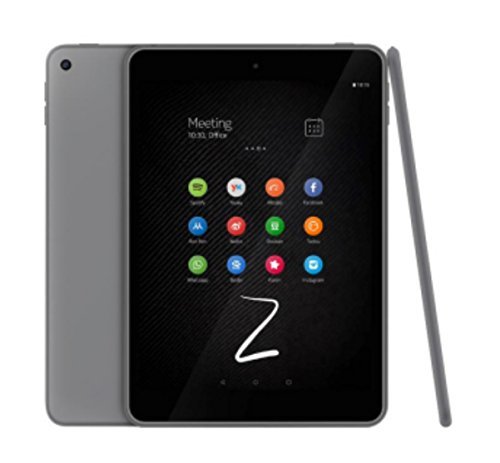 At 7.90-by-5.46-by-0.27 inches and 11.22 ounces, the Nokia N1 is slightly thinner and lighter than its Apple iPad Mini 3 counterpart. The similarities run even deeper, however, as the N1 features a distinctly iPad-esque aluminum unibody design.

The result is a tablet that looks and feels very much like an iPad Mini, including excellent build quality and a light, comfortable design.

share an almost identical layout of ports and buttons. A power button and a 3.5-millimeter headphone jack is placed along the N1’s top edge, and the volume rocker is just around the corner on the top of the right edge.

The bottom features a reversible Type-C USB port flanked by a pair of stereo speaker grilles, while the left edge is unadorned.

The Nokia N1 features a 2,048-by-1,536 pixel display that perfectly matches the iPad Mini 3’s specifications. Because the displays are the same size, they also feature the exact same impressively sharp 326 pixel-per-inch density.

Driving the Nokia N1 is a 2.4-gigahertz quad-core Intel Atom Z3580 processor and two gigabytes of RAM. In yet another similarity, the N1 tablet boasts the same PowerVR G6430 graphics processor found in the iPad Mini.

In a side-by-side tablet comparison, the results are fairly even. The Nokia N1’s hardware produces a smooth, powerful user experience with little noticeable lag during most tasks. The Android 5.0 Lollipop operating system is mercifully left largely untouched other than Nokia’s proprietary Z Launcher.

The launcher is an intriguing idea, but the execution leaves something to be desired.

The Nokia N1 is not the first tablet to be hailed as a legitimate iPad alternative, and it certainly won’t be the last. It’s unlikely to satisfy diehard Apple fans, and the lack of a fingerprint scanner may be a disappointment for those seeking an exact clone of the iPad Mini 3.

Still, the two tablets are nearly identical in many ways, and the Nokia costs considerably less than Apple’s offering. It also offers more storage space, though there’s no option to upgrade via an expansion slot. It may not be perfect, but the Nokia N1 has given consumers a serious iPad Mini 3 alternative at a decidedly wallet-friendly price point.