While it’s easy to poke fun at Microsoft for their hardware failures, there’s no denying that the Surface sets the standard for hybrid tablets. Even Microsoft haters will admit that it’s a topnotch device with few if any flaws.

Thus far, no Android machine has delivered the same hybrid experience that the Surface has. The new Jide Remix Ultratablet aims to prove that an Android machine can pull off the hybrid balancing act with aplomb. 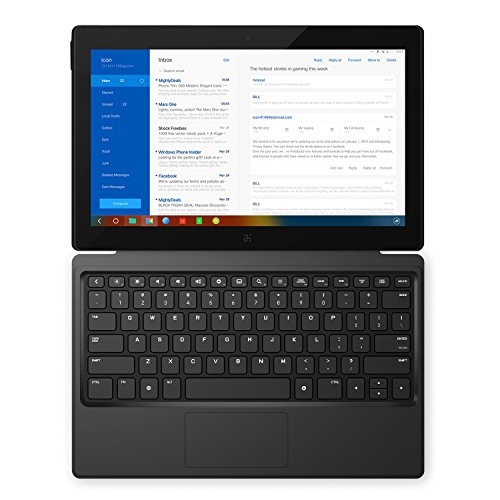 At first glance, the Jide Remix Ultratablet looks very much like the Microsoft Surface. It features a sturdy aluminum alloy chassis and a dual-position kickstand on the back. Weighing in at 1.89 pounds and measuring 9.5mm thick, the Jide Remix is roughly on par with the Surface 3 in terms of bulk.

The Jide Remix can juggle many tasks simultaneously thanks to its robust NVIDIA Tegra 4+1 A15 CPU clocked at 1.81GHz augmented by GeForce ULP 72 graphics. It boasts 2GB of RAM and 64GB of ROM that can be expanded by 128GB via the microSD slot.

The big selling point of this particular tablet is the Remix OS 2.0 operating system. It’s basically Android 5.0 set up to mimic all of the good things about Windows 10. It’s fully compatible with Office for Android, which makes it a true productivity machine.

Like most Androids that aren’t flagship models from major manufacturers, the Jide Remix has WiFi, Bluetooth and little else.

However, it does make quick expansion via peripherals a snap thanks to the on-board microUSB ports. 5.0MP front and rear cameras, as well as AAC stereo speakers, make the Jide Remix the perfect hybrid tablet for Skype-based teleconferencing. With Miracast, you can use the Remix to stream your screen to a much larger display.

The Jide Remix’s 8100mAh battery should be able to deliver about 8 solid hours of run time under normal circumstances. Recharge times clock in at about 2.5 hours on average. The most impressive thing about the Remix is its ability to avoid freezes and lag during heavy multitasking.

While the Remix 2.0 operating system is still a work in progress, it continues to improve with each passing month.

Ultimately, the Jide Remix Ultratablet is an affordable alternative to the Surface for Android lovers. It can do pretty much everything the Surface can including running Office. Build quality is particularly impressive considering the price.

The only real problem is that the Remix 2.0 can be occasionally glitch-prone. The good news is that those rare hiccups aren’t show-stoppers and they’re becoming even more rare as time goes on.

If you want a hybrid tablet that can basically act as an office on the go for under $400, the Jide Remix Ultratablet is a good bet. If you like the Microsoft Surface and want roughly the same experience with an Android-based machine, the Jide Remix could well fit the bill.

Though it may not have the Surface’s cachet just yet, the Jide Remix Ultratablet is one of the finest hybrids on the market.