Put simply, the new 9.7-inch iPad Pro is a bit of its 12.9-inch bigger brother made to fit into the slim iPad Air 2. Similar to the case of the new iPhone SE, Apple has taken out most of the guts of a bigger product and squeezed them into a smaller, but still familiar body.

The use of the same name on a newer, smaller product might be a tad confusing, but while the new iPad Pro and iPad Air 2 share the same aluminum chassis, the iPad Pro is definitely built for work. Features and hardware improvements are aimed at increasing productivity and positioning the new iPad Pro as a worthwhile contender to replace your laptop. 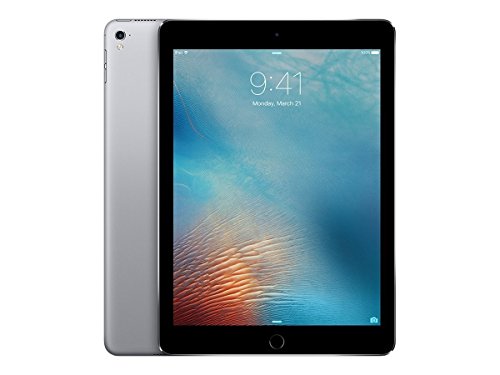 If you thought last year’s 12.9” whopper of a Pro was too big, too clunky, and too unwieldy, then the more familiar 9.7” size might be more up your alley. It still has the same excellent build quality that Apple is known for and is still as slim as ever.

While it sports the same A9X chipset as its bigger brother, Apple curiously opted to go with only 2GB RAM on the new iPad Pro. While not as powerful, the 2GB RAM is still more than enough for everyday applications like word processing and multi-tasking.

The smaller profile also means a smaller battery at 7,306 mAh, though it still gives you real-world use time of almost 10 hours on a single charge.

Apple was also able to squeeze in four speakers – two on each side – to give you a significant boost in sound quality which is almost on par with that of the bigger Pro.

In line with its positioning as a laptop replacement, it comes in bigger storage options of 32GB, 128GB, or 256GB. It supports the Apple Pencil, which is considered the best stylus to use with iPad Pros.

You can also get the optional Smart Keyboard for it, though the smaller size means keyboard travel will be quite cramped. But the Smart Connector on the iPad Pro means that you can also use your preferred keyboard if you wish.

If you want your iPad Pro to stand out, get it in the Rose Gold version. Otherwise, it also comes in the older color schemes of gold, silver, and space grey.

It also boasts the True Tone display, which has sensors that actively measure and adjust the brightness and ambient light temperature to always show you the most accurate colors under any lighting condition.

The camera also received a significant upgrade, with a 12-megapixel camera on the back capable of taking crisp photos and 4K video, even if it means holding up a large screen for everyone to see your snaps. The front-facing camera is smaller at 5 megapixels, but is still perfectly capable of taking good-looking selfies and FaceTime videos.

The new iPad Pro ships with iOS 9.3, which has made great strides in multi-tasking support with features like Picture-in-Picture, Split View and Slide Over that allow side-by-side multi-tasking for better work flow productivity.

However, the lack of file sharing support might turn off users looking for a complete computer replacement, especially those who like to transfer content to and from other systems than Apple’s.

Touch ID is present here, and even though it’s not the second generation as on the iPhone 6s, any differences are completely negligible and it works just as well to secure the iPad and for use with the Wallet.

If you’ve got the money to burn, the new iPad Pro is a serious contender to replace your laptop for office tasks during the day and entertainment consumption on your downtime. However, the closed system of Apple’s iOS might turn off those who need it for heavier tasks like programming.

If you’re big on graphics and photos, though, the excellent Pencil support and cameras give ample reason to switch.